When writing, I skipped around; I didn’t write from Chapter One forward.  I wrote on whatever chapter I felt like doing. As I wrote, more ideas popped into my head.  The words seemed to flow easily for the most part.  When I got stuck, I would do some editing and fill-ins which got me into writing more.  Ideas would occur to me, and I would write about them on separate pages, going off on tangents at times.  I invented new chapters.  I combined chapters.  And I moved paragraphs and sections between chapters.  Somewhere along the way I began writing and rewriting my introduction.  I shaped and reshaped my book until it was roughly what I wanted it to be.  I did some editing along the way, so I’m not sure when the editing phase began.

I guess I’m what they would call Old School.  I first write what I can with pen or pencil, maybe because that’s how I learned to write.  It all seems to flow better that way for me.  I then go to my computer and type what I wrote, doing a little editing as I type.  Editing and moving around phrases and sentences is so much easier on the computer.

After I had written my rough draft, I inserted stories that I had written previously.  I chose 14 stories that I thought would enhance my book the most for interest, entertainment, and especially as teaching examples for how the reader might construct his or her own stories.

In my research, I found a perfect story that illustrated a point I wanted to make.  Because I was concerned with copyright issues, I requested and received permission to use that story from the author.  You have to be careful.  From my reading about copyright issues, I learned that if you are going to use someone’s written material, other than short quotes, you should definitely get his or her permission first.  You don’t want to get yourself into too much trouble.

After much time and effort editing my work with the help of my wife who is really good at spotting grammar and spelling errors, I decided it was time to get a professional editor involved.

A couple of months previously, my wife and I attended the Northwest BookFest 2012 in Kirkland, WA.  While there, we sat in on a number of seminars on independent publishing.  One of the seminars was presented by the Northwest Independent Editors Guild.  Later, I went to their website, www.edsguild.org to check out some editors.  I chose Nancy Wick from her website, www.enlightenededits.com.  I liked what she had written about her background.  She did an excellent job for a very reasonable price.  I asked her to do a copy edit of my book, and I also asked her to point out anything that she thought might improve it.  She made some excellent suggestions most of which I incorporated in the book.

It was quite interesting to me that my editor used a Microsoft Word tool called Track Changes to insert her edits.  Track Changes is a program that allowed me to accept or reject each suggested change.  It worked slick, and I was happy that I used Microsoft Word for typing my manuscript.

I have one suggestion for you, which I failed to do.  Prior to publication, it would be a good idea to send your manuscript out to some noted well known people, and request their endorsement or recommendation.  There is nothing like having some positive endorsements to put on the cover or just inside your book for boosting your future book sales.

At the Northwest BookFest we also met a woman, Sheryn Hara, who owns Book Publishers Network in Bothel, WA.  Her company is set up to handle book publishing for independent authors.  We decided to have a meeting with her, since we had heard many good comments about her and her company from other authors who had used their service.  My wife and I met her and were favorably impressed.  I gave her a copy of my manuscript, and she agreed to give us an estimate which I received a couple of weeks later.

In the meantime I was checking out CreateSpace (www.createspace.com), an Amazon company.  A friend had published a couple of books using their services and thought they were great.  He especially liked the fact that CreateSpace is a print-on-demand company.  That means that they print the books as the orders come in.  The author doesn’t have to buy large numbers of books up front, which is especially nice if you’re running on a limited budget.

After giving it a lot of thought, I decided to save some money, and have a more hands-on experience.  I chose CreateSpace rather than signing a contract with Book Publishers Network to publish my book.  I believe Book Publishers Network would have done a good job, and I would have received an excellent product.  For a set price, they would have handled the entire publication of my book, and it would have come out months earlier.  However, I liked some of the advantages I saw for using CreateSpace.

My experience publishing through CreateSpace was quite positive.  It was also a great learning experience for me.

One negative, I’ve been reading about concerning CreateSpace, is that many bookstores refuse to deal with and carry CreateSpace books.  Their discounts for retail bookstores are lower and return policies are tougher.  You should know that there are many other services that you can choose to work through to self-publish your book.  You may wish to investigate some of them.  I also found out from King County Libraries that they usually do not like to include paperback books in their collection.  Paperback books wear out quickly with heavy use.  CreateSpace doesn’t do hardback books.  Just so you know, I confirmed the truth of everything I’m saying here with my CreateSpace contact.

I chose to self-publish my book after reading several articles and web posts all saying that it is almost impossible now days for a new writer to get published, unless he or she self -publishes.  Self-publishing has become a lot more popular recently, especially with print-on-demand and e-book publishing, both of which CreateSpace and Amazon do well.

I hope this information is helpful for you.  I confirmed my information with my contact at CreateSpace.  Let me know if you have any other questions about this fascinating subject.

Here are two helpful information sources for self publishers:

Writing and Publishing My First Book

I know some of you may be interested in writing a book of your own, so I decided to write this article in hopes that it will help you in your endeavors.  Even if that isn’t what you would want to do, you may enjoy reading this anyway to understand the process I went through.

Before I ever thought about writing a book, I was writing many of my own personal stories that I had been telling people and audiences for many years.  When the idea of a book actually occurred to me, I asked myself, “What do I want to cover?”  From that, I jotted down some chapter titles.  Before writing each chapter, I listed some major points to cover. 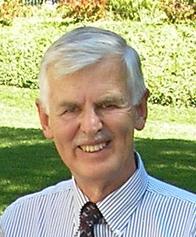